The major advantage of selecting universal joints instead of other types of couplings is their ability to compensate for greater angular misalignments while transmitting relatively high torques.

Single U-Joints can compensate for an angular misalignment of up to 45 degrees between the input and output shaft. In some very specific cases, this angle can be increased even further, but this is not recommended for use with any significant rotational speed.

The angle can also be increased by attaching multiple universal joints in line. However, each additional joint requires a support to limit the degrees of freedom and ensure the proper transmission of torque and motion. Additional U Joints and supports add friction and thus reduce the efficiency of the power transmission chain.

Typically, the connection of 2 single Joints is the most common variant of sequenced joints.  A user can either connect two single joints by pinning or welding the hubs together or use a single center component, also called a ‘double yoke’, eliminating the need for additional machining, welding, and assembling.

Depending on size and type of Joint, these center components are available as part of the standard product range or are made to order. For some less popular sizes, manufacturers revert to the connection of 2 single U Joints with the aforementioned methods.

Double universal joints cannot only increase the operating angle going around a corner (sometimes referred to as "W configuration"), they also allow for the compensation of parallel misalignment between driving and driven shaft (a “Z configuration”). 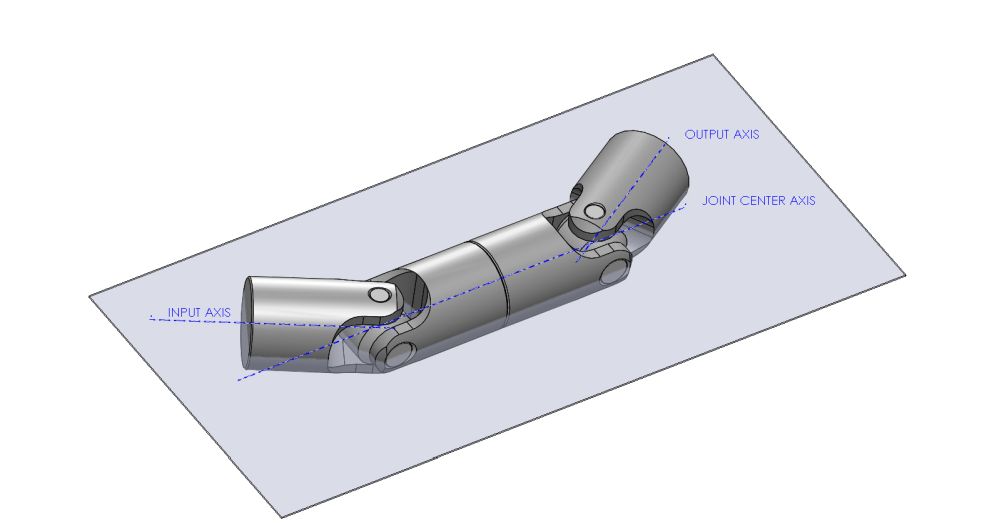 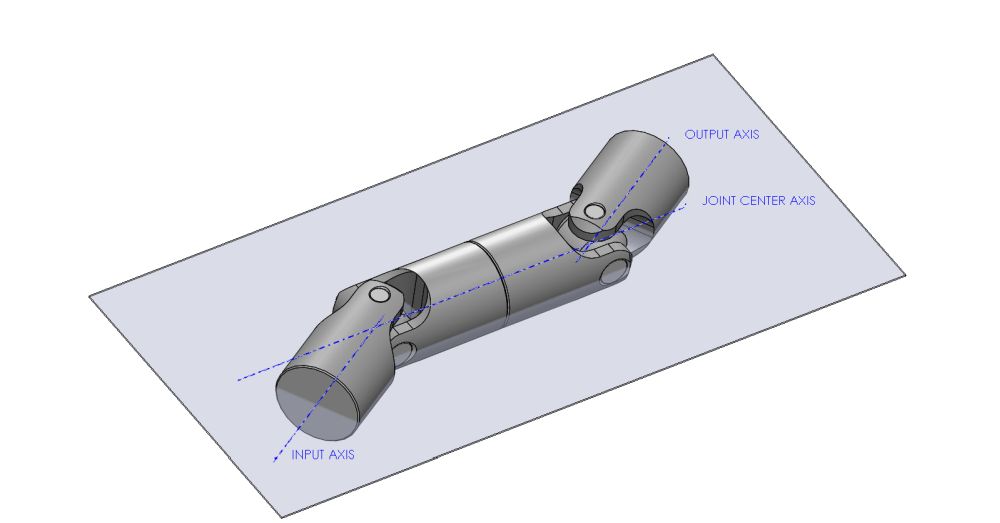 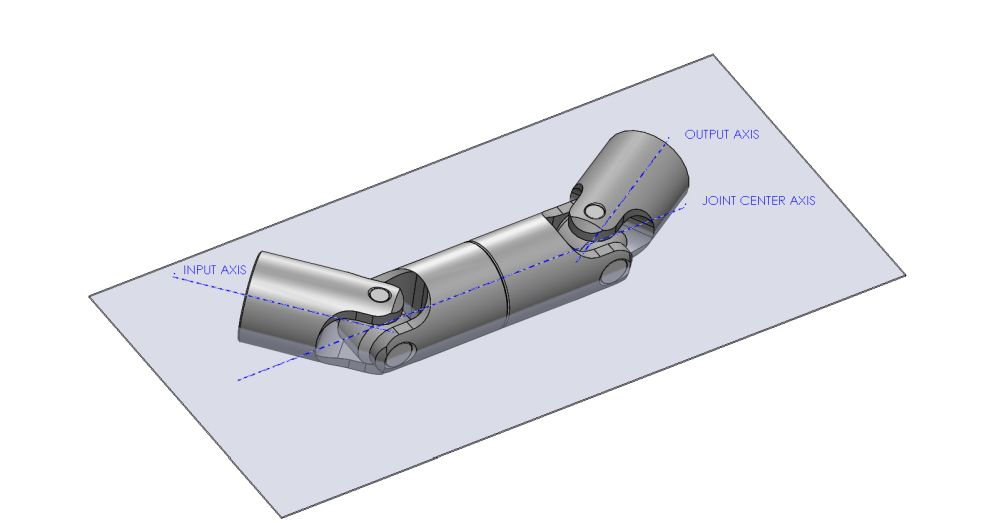 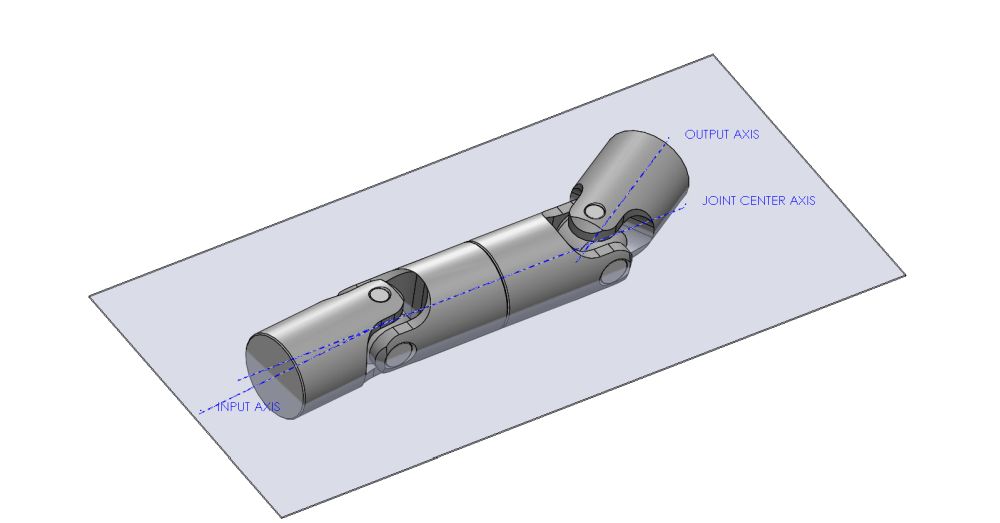 Both configurations offer nearly constant velocity between the ingoing and outgoing end of the joint.

However, a few conditions must be met. The double joint must be located on a virtual plane and the operating angles of the two joints must be the same. If one or both joint ends are placed at an angle that takes the assembly from the virtual plane into a free 3D configuration, the constant velocity relation is lost. Also, the two joints need to be phased at 180° against each other, aligning the inwards pointing yokes. 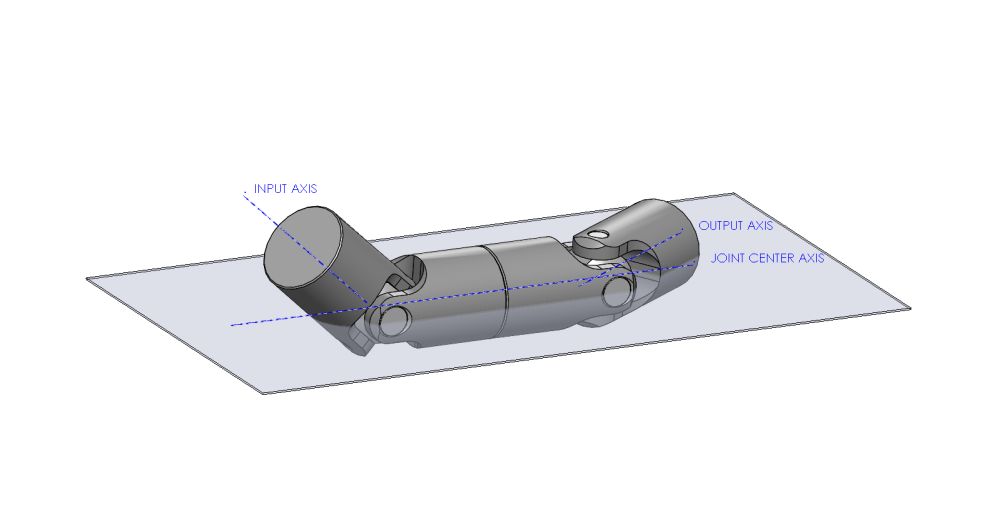 U-Joints not on a virtual plane 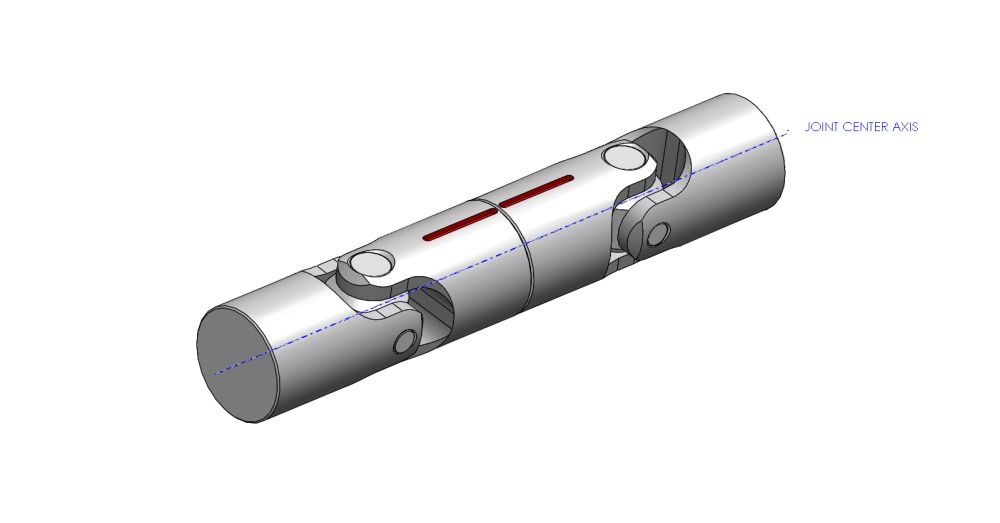 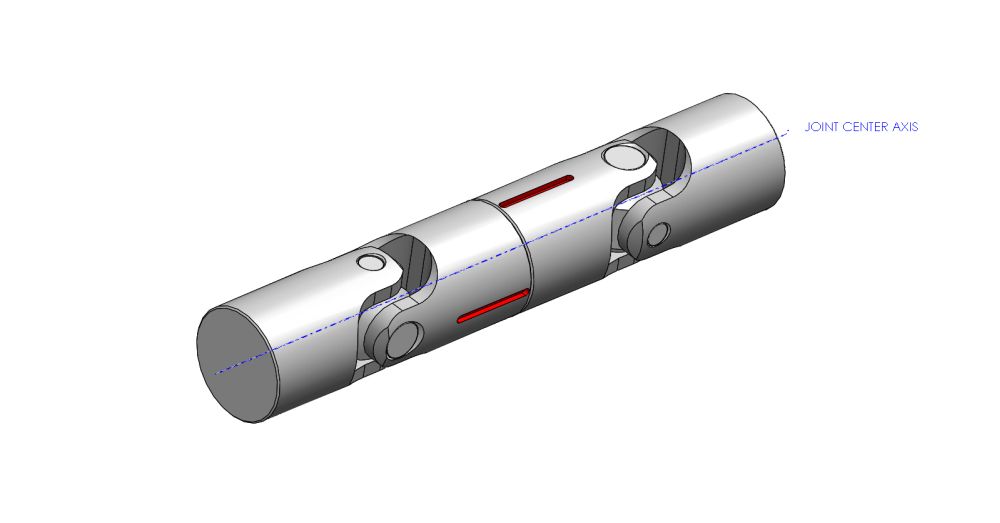 U-Joints with correct and incorrect phasing

Constant velocity refers to both joint ends rotating at the same speed and remaining at the same point of revolution at all times. This is not the case for a single universal joint. At a constant input speed, the output side of the joint rotates at a fluctuating speed wave with speeds different at various points of the revolution.  The amount of the fluctuation is related to the operating angle. The higher the angle, the more the speed / position of the output shaft differs from the input shaft. Depending on the application and operation conditions, this can lead to positioning errors or vibrations.

U-Joint Rotation Angle Difference
Due to the increased friction from the double joints and the sequential setup of the joint centers, it is recommended that the torque ratings for a double joints are reduced by 10% compared to a single joint of the same design and size. However, in many cases the use of a double joint can increase the lifetime of the configuration. Especially for friction bearing joints, the transmittable torque decreases swiftly with increasing angle. A reduction in operating angle per joint by using a double universal joint in w configuration can reduce bearing stress and provide constant velocity operation of input and output shaft.

Did not find what you were looking for?